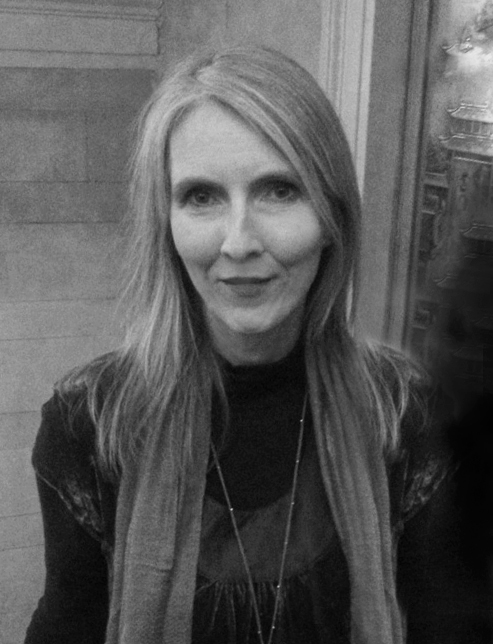 My first experience of yoga was on a summer holiday in Pembrokeshire when I was home from university. My Mum was keen to join a yoga class and I thought I’d go along and try it. It was a very classical class and I enjoyed the physicality of it but I was also interested in the notion of working with the breath. I only had a few weeks before returning to my studies but a seed had been planted.

After graduating I worked abroad for many years and I seemed to manage to find a yoga class wherever I was. The classes were various types of Hatha yoga – centred on working the body and sometimes there was no focus on the breath. Nonetheless, I always felt I left a class lighter and somehow refreshed.

After returning to the UK to study an MA at the School of Oriental & African Studies, I spent many lunch breaks in an Iyengar yoga class at the student union. The class was enormous – a gymnasium full of people and the class would usually begin with a warm up where you stood on one leg with your arms stretched out against the wall. The teacher would move around correcting people’s position and sometimes you would have been on that one leg for what felt like an eternity! Most of the postures would be held for a long time and the teacher would remind us not to hold our breath but otherwise breathing wasn’t emphasised.

It was when I was pregnant for the first time and once again living in Pembrokeshire that I first came across the Viniyoga tradition. I attended a class but also had a one-to-one lesson at different stages of the pregnancy to have a home practice that was suitable to prepare for the birth and to keep me strong and flexible. I was able to continue attending classes until a couple of days before my son was born. I loved the fact that this tradition focussed on working with breath as well as movement and I felt this actually went deeper and made me work harder than many of the more purely ‘physical’ forms of yoga I had experienced.

I began studying with Yvonne Summons and later went on to train with Yvonne’s teacher Paul Harvey in Bristol at the Centre for Yoga Studies. First I had to do two preparatory levels which deepened my own practice and then went on to study a three-year Diploma to become a Yoga Teacher and Yoga Therapy Practitioner. Paul studied in India for many years with Krishnamacharya and his son, Desikachar, who began this particular yoga tradition. The course particularly appealed to me as it was about training to teach yoga as well as to be a yoga therapist, to be able to work with people who had particular needs – a slipped disc or back problems, recovery from an accident or surgery, a frozen shoulder and pregnancy. The training enables me to assess a person’s starting point and then develop a practice which focusses on their particular needs. The same principle is uppermost in group classes.  I keep my classes small so that I can give everyone individual attention and offer modifications where necessary.