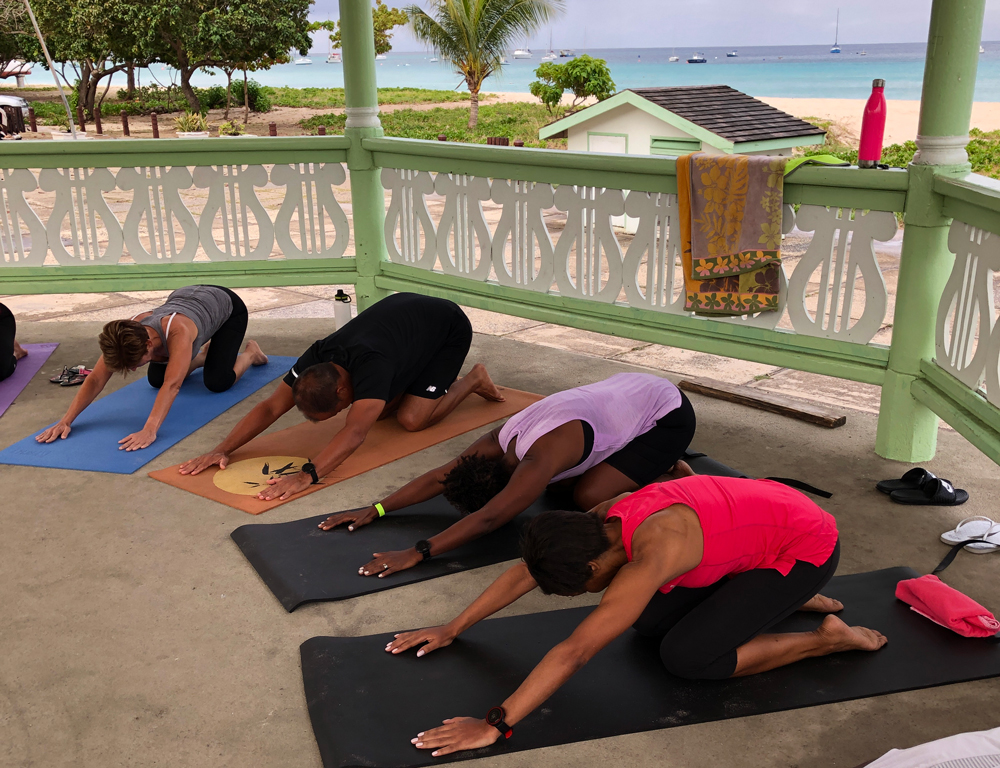 My first morning in Barbados started early. An alarm set for 5.45am and up before the sun had risen. It was just light, the sky turning blue with a few dark clouds in the east. Palm trees moving gently in the breeze. A quick cup of tea and then into the car to drive to the edge of Carlisle Bay for a rendez-vous with the Bajan Marathoners, a group my friend runs with every weekend.

The runners were already there. The venue was an open-air bandstand with a perfect view of the bay. As I was introduced to the group, they told me that they had already run fifteen miles that morning, setting off in the middle of the night to avoid the heat of the day. Yoga was going to be their cool down.

The group fitted perfectly in the bandstand fanning out in a circle. Luckily there was one place left for Yolande who arrived just after we’d started. She was very apologetic about being late but she’d had to fit in twenty miles that morning as she was in training for the London Marathon!

I was reminded of the word abhyāsa which means ‘perservering practice’ in Chapter I of the Yoga Sutras. Establishing a regular practice can be a continuous struggle but I felt that the runners had already broken through that barrier as they were all clearly dedicated athletes who love running enough to get up in the middle of the night and on a regular basis!

When it is pursued incessantly,

For a long time. 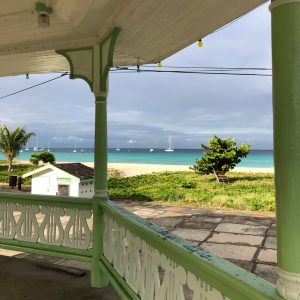 Perfect view of the bay 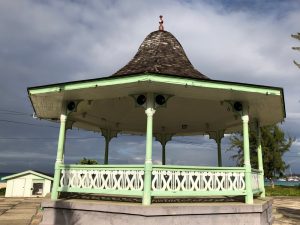 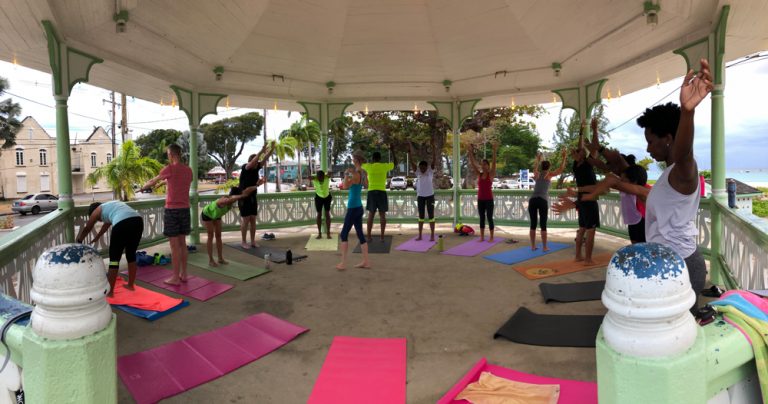 Perfect fit in the bandstand 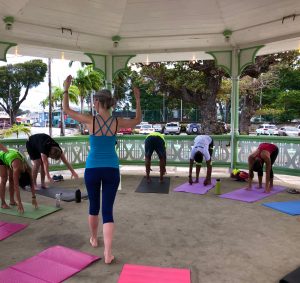 We started with standing poses 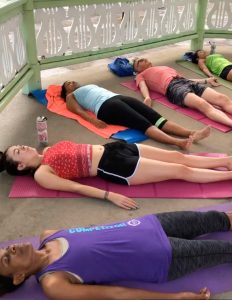 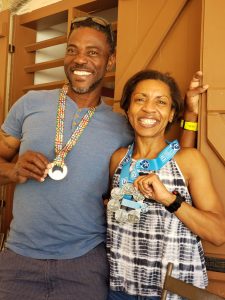 Shawn and Diana with their Tokyo medals

We started the yoga practice with standing poses and I encouraged people to breathe through their noses, not their mouths and to combine their movements with the length of their breath, lengthening up through the crown as the feet connected to the ground. By the time we got to the floor to work with some leg stretches it was clear that there were some very tight hamstrings in the group but that this was not true of everyone. Some poses could be softened to ease the legs but for others, heels were encouraged to lift to the ceiling to reinforce the stretch.

Waves lapped gently and Carib grackles had noisy conversations in a nearby tree. The turquoise of the sea was deepening in the background as the group had a final rest in Śavāsana. At around 7.30am we said our farewells as people prepared to leave to get on with the rest of their day. Two members of the group – Diana and Shawn were making preparations to fly to Tokyo for the upcoming marathon there. Such an inspiring group of people to work with. We headed home for porridge and more tea. It felt like a first morning in Barbados very well spent.